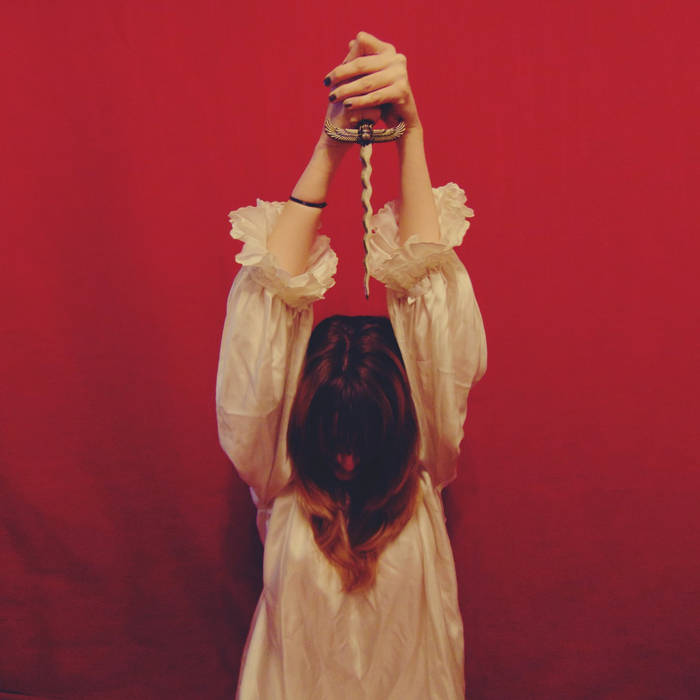 “Last spring, Brocken Spectre released their only record and split. During the summer months, I went through hours of recordings of rehearsals, demos, jams and so on.

There were two reasons for this; the first was to collect together all the versions of a song called 'TERROR'.

Once we had moved into the space above Warwick Bazaar, we had microphones permanently set up, we could then roughly record all of our activities. 'TERROR' was played every rehearsal, sometimes it was three minutes in length, sometimes thirty. It had a loose arrangement and allowed us to explore what we could do. Recording it as a take alongside the other material never seemed an option; it relied on improvisation and a definitive recorded version didn't seem plausible.

The version on this cassette is compiled from various rehearsal takes, recorded December 2015 to January 2016.
The second reason for this archival release is to highlight an aspect of the band not represented on the self titled mini album.

During it's brief existence, Brocken Spectre played around 25-30 songs. Tracks by The Nightowl Sings, The Dead West, Hills! Werewolves! Run! and We Are the Wooden Houses were all tried out, but ultimately gave way to new band compositions. One song that stayed however was 'Angels of the Rain', from The Nightowl Sings album, "All Hail the Town to Town Troubadour".

We never recorded it as Brocken Spectre, it finished several early versions of our set and was always played as an additional song if we had time. It differed from the NOS version in that it had two moments of improvised noise which I have taken from the rehearsal recordings and added them to various moments of other noise, more improvisation, jams etc.

Running through this second cut up compilation is an extended jam from the legendary 'Flood Tape'.

Together, these two compiled tracks and the self titled debut represent Brocken Spectre. This cassette contains the strange, psychedelic and brutal noise element, played to no one and heard only by the band themselves.

Mixed by Alastair and myself in the Autumn and released a year since the band split.”

Bandcamp Daily  your guide to the world of Bandcamp